Throughout history, important events have occurred on December 25th.  Here are ten of those events, ranked by chronological order, not by importance. This list is the second in our 2012 Christmas series. 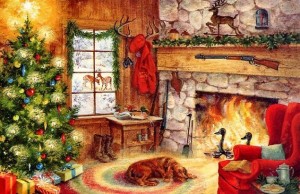 The first recorded celebration of Christmas on December 25th is in the year 354.  An ancient manuscript published that year, Chronography of 354, mentions a feast on that date to celebrate the “Birth of Christ in Bethlehem, Judea.”  The feast occurred in Rome, while Eastern Christians celebrated the birth of Jesus on January 6th.  The December date was later imported to the East, from Rome.  January 6th continued to be Christmas’ date for Eastern Christianity until about 388, when it was switched to December 25th. 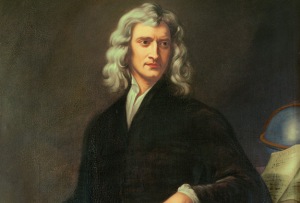 One of history’s most influential scientists was born on Christmas Day in 1642.  He was actually born on January 4th, 1663 according to the Gregorian Calendar, the calendar used today.  However, England hadn’t switched over yet, so his birth was recorded as the 25th of December, 1642.  He was born three months after the death of his father, for whom he was named, and was born prematurely, so he was so small that his mother said he could fit inside a quart mug.  Among the many achievements in Newton’s career were universal gravitation and the three laws of motion. 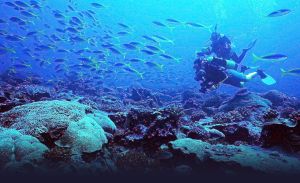 One year after the birth of Sir Isaac Newton, Captain William Mynors, of the British East India Company, was sailing past an island he named Christmas Island because of the date.  More than 40 years later, a British navigator made the first visit to the island, and found it uninhabited.  It took until the late 1800s for the island to become settled, as phosphate mining began.  The island was owned by Great Britain until it was invaded by Japan in World War I.  In 1957, Britain transferred sovereignty of the island to Australia, after a request.  Today, about 1,500 people live on the island, the majority of which are Chinese Australian. 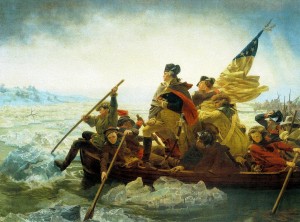 George Washington famously led his troops across the Delaware River to launch a surprise Christmas Day attack on Hessian forces in 1776. Late that night, they crossed the river in treacherous weather and having to deal with ice jams.  Washington’s boat made is across safely, but one of the other boats had to retreat after struggling in the weather.  The Americans launched their attack, killing 22 Hessians and injuring a further 98, while also taking over 1,000 as prisoners.  The brilliant attack led to a crucial victory for the American forces.

The Austrian priest Father Joseph Mohr wrote the words to “Stille Nacht” in 1816.  Two years later, it was performed for the first time on December 4th, in midnight, meaning it crossed over into Christmas Day.  The song was sung in a church in Oberndorf bei Salzburg, Austria.  The song is the oldest known Christmas carol, meaning that church in a small town in Austria sung a Christmas carol for the very first time.  Of course, the song has remained a staple of Christmas music, and has been covered by hundreds of artists, including Elvis Presley, Andy Williams, Bing Crosby, Andrea Bocelli, and an instrumental by Manheim Steamroller.

Andrew Johnson is consistently rated as one of the worst presidents ever.  He alienated and outraged Republicans with his willingness to let Southern states back into the Union with little punishment. Having survived an impeachment trial, the last significant action of Johnson’s presidency was on December 25th, 1868 when he issued a full pardon to all Confederate soldiers involved in the war.  This was after Ulysses S. Grant had won the 1868 election, but before he actually took office.  Previous pardons had been issued by Lincoln and Johnson, but none that large and complete. 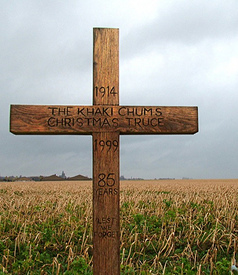 One of the most beautiful moments in human history occurred in 1914, when German and English, and to a lesser extent French, troops stopped fighting World War I to celebrate Christmas.  On that day, soldiers from both sides independently ventured into no man’s land to exchange small gifts.  There, they talked, sung carols, and even played a soccer match.  The truce was only in certain areas of Europe, as the battled waged on in others.  The next year, few troops held a Christmas truce, and by 1916, things had deteriorated so much that neither side thought of the other as even human, and no more truces were held.

Montgomery Ward, a retailer, had been buying and giving away Christmas coloring books on December 25th for years.  They decided it would be cheaper to create their own books, and assigned Robert L. May the task.  He created Rudolph, Santa’s 9th reindeer, after deciding against the names Rollo and Reginald.  2.5 million copies of the book were distributed by Montgomery Ward in its first year.  Johnny Marks, the  brother-in-law of May, created a song based on the story, and Gene Autry hit number one on Billboard’s pop chart 10 years later with his version.

In 1989, Tim Berners-Lee wrote a proposal for a hypertext project called WorldWideWeb (or W3).  A year later, he tested his creation.  A NeXT Computer was used, which he used to create the first web browser.  After building all the necessary tools (web browser, web server, and web pages), Berners-Lee tested it on Christmas Day, and it proved successful.  The WorldWideWeb led to the internet, and in 2004, Tim Berners-Lee was knighted by the Queen Elizabeth II.   It is also to mention that he had significant help from Robert Cailliau, a Belgian computer scientist.

On Christmas Day in 2009, Umar Farouk Abdulmutallab boarded a plane in Amsterdam, Netherlands, aided by a “smartly dressed man” who was posing as a Sudanese refugee.   As the flight approached its destination of Detroit, Michigan, Addulmutallab spent 20 minutes in the bathroom, before coming out covered in a blanket.  After he sat down, loud popping noises were heard, and then passengers saw Abdulmutallab’s pants leg was on fire.  He was subdued by fellow passenger Jasper Shuringa.  It was later discovered that he’d had a plastic explosive sewn into his underwear.  The explosive failed to detonate properly, and he suffered second degree burns to his right inner thigh and genitals.  In 2012, he was sentenced to life without the possibility of parole.