There are about 1.2 million species of animals on the planet.  Obviously, some are a little more popular and well-known than others.  Here are 10 of the most popular.  These species are animals that nobody hates, and if you do, you may want to take a long look in the mirror.  I decided not to include any pets, because their domestication gives them an unfair advantage. 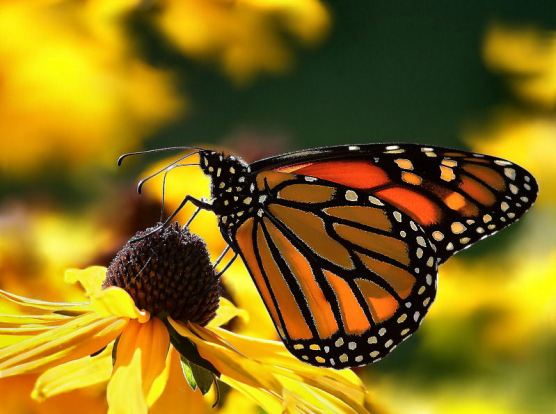 People definitely hate caterpillars, since the greedy larva can be damaging to crops. However, once they turn into butterflies, the beautiful insects are incredibly popular, and also valuable for their pollination. There are between 15,000 and 20,000 species of butterflies worldwide. The largest is the Queen Alexandra’s Birdwing, found in Papua New Guinea, which can reach a length of 12.2 inches and is endangered. The most popular species is definitely the Monarch Butterfly, because of its distinct orange and black pattern, and the species’ migration from the Unites States to Mexico, covering thousands of miles.

Many people don’t realize that there are actually 54 different species of seahorses. They are found throughout the world and prefer to live in sheltered areas like coral reefs, seagrass beds, or mangroves. Seahorses are unusual amongst fish in that they swim upright rather than vertically (the razorfish is the only other fish to swim this way). They also have a small, crown-shaped coronet on their head, which is different for each individual. They are poor swimmers, so they are most often seen using their prehensile tails to hold onto a plant or coral. While seahorses don’t mate for life as is often thought, the males do hold the fertilized eggs in a pouch until the eggs hatch.

People love small animals, so hummingbirds, being the smallest birds, are obviously very popular. Hummingbird feeders often attract any nearby species, and while they are hard to see because of their rapid movement, their bright colors make them a beautiful sight. The smallest species, the Bee Hummingbird, is only 5 cm and weighs less than a penny. Their wings typically beat at about 50 times per second, but can be as high as 200 times per second. This allows them to fly at speeds of 34mph and they are the only birds that can fly backwards or upside down.

Manatees are possibly the most gentle and peaceful animals on Earth. Because of the fact that they have no natural predators, they have never had to develop any aggression. As a result, manatees never attack any other animals or even each other. They are known for being extremely curious and swim towards humans. The West Indian Manatee moves into the rivers and springs of Eastern Florida in winter for warmth, providing many snorkeling opportunities. They are endangered, largely due to boating. It’s virtually impossible to find a wild manatee that doesn’t have any scars from boat propellers.

Giant pandas have had a massive effect internationally on the conservation of endangered species. While they are still listed as “endangered”, their numbers have improved in recent years, because their immense popularity had led to large efforts to save the docile bears. Pandas also play a key role in Chinese culture, considered the national emblem alongside the dragon. They are also famous for their love of bamboo, with their diet consisting almost exclusively of the 25 species of bamboo.  Giant pandas can also be referred to as just pandas, since they are unrelated to the red panda, which is more closely related to mongoose and raccoon species.

The tallest animals on Earth, standing at about 20 feet, giraffes are extremely popular due to their unusual features. Their neck is about 6 feet alone, and males use this to their advantage in mating battles, called “neckings” where they bash into each other, although injuries are rare. The horn-like structures on their heads are called ossicones and are believed to aid in thermoregulation. Giraffes have very open social structures, as groups form and break apart within hours and individuals usually don’t form bonds with each other, with the exception of mothers and calves. They are found throughout Africa, in patches where the nine subspecies are found. Giraffes do have a powerful kick capable of killing a human, but attacks almost never happen, and they to be provoked.

Meerkats, Dutch for “lake-cat”, are found in Botswana, Namibia, South Africa and Angola. The adorable mammals are part of the mongoose family and are highly social, with groups called “mobs” reaching up to 50 members. They live in large underground tunnels and only leave them during the day. While a mob is foraging, sentinels will watch the sky for predators and call out a warning if a threat approaches. While the popularity of meerkats has led to many attempts to domesticate them, they make terrible pets, being very aggressive towards guests and scent-marking their owner and territory. 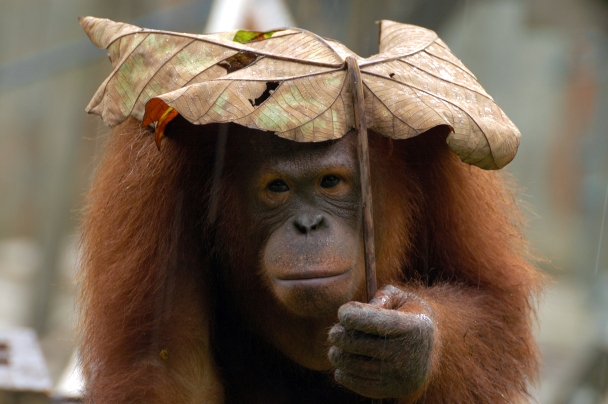 Orangutans are amongst the smartest of all primates, and are far less dangerous than chimpanzees. Attacks are extremely rare and have only ever been recorded in zoos. No fatalities have ever been recorded, despite the large ape’s strength. There are two species – the Bornean and Sumatran Orangutans, with the Bornean species being critically endangered. Orangutans share 97% of DNA with humans, and are one of the smartest animals on the planet. Zoo Atlanta has two Sumatran orangutans that use a touch-screen computer to play games. A study in 2008 showed they are the first non-human species to be recorded weighing up the costs and benefits of gift exchanges and remember them over time. 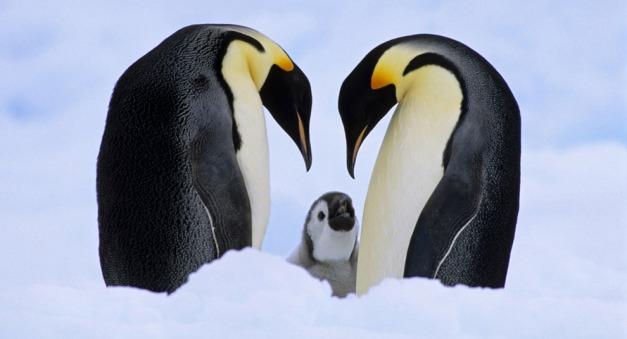 There are 20 species of penguins, although the number varies based on the authority of taxonomy that is used. They range in size from the Emperor Penguin (3 ft 7 in) to the Little Blue Penguin (16 in). Penguins are not only found in Antarctica, species can also be found on the west coast of South America, and in southern Africa and Australia. They are extremely curious birds, and are known to approach humans without fear in Antarctica, because they have no land predators. Their popularity has translated to numerous movies (Happy Feet, March of the Penguins and Surf’s Up are just a few), television shows, like The Penguins of Madagascar and Chilly Willy, and even sports teams, with the Pittsburgh Penguins one of the NHL’s most popular teams. 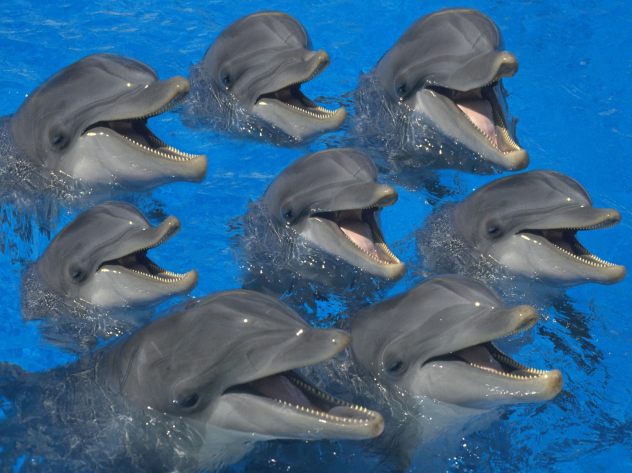 Known for their incredible intelligence, curiosity, and friendliness, dolphins have always been very popular animals. There are almost 40 species of dolphins, including killer whales (orcas). Bottlenose dolphins are by far the most common and popular species, and the name “dolphin” is often used as a synonym for the species. They are highly social, pelagic species can form pods of over 1,000 individuals. Their extreme intelligence can only be matches by a few primate species. While orcas have killed people before, most notably Tilikum who inspired the movie Blackfish, it is usually captive orcas, and the only recorded fatality from a species other than dolphin was a bottlenose dolphin who was provoked by drunken beach-goers sticking ice cream sticks in his blowhole.