It is the end of yet another year. New Years is a time for family and friends to not only reflect on the past year and their dreams for the future but also to spend time together, catch up, cook, eat, play games and in some places party until the sun comes up! This list is 10 of the most interesting New Years traditions from around the world. 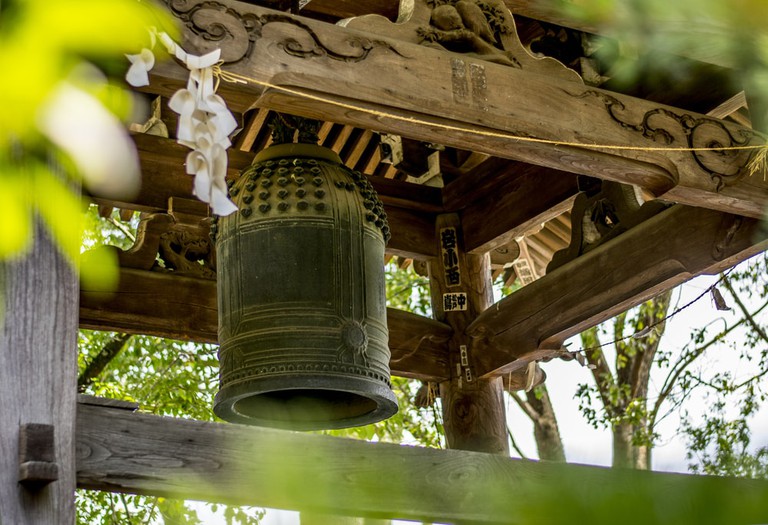 Every year at the stroke of midnight on New Year’s Eve, Buddhist temples all over Japan ring their bonsho (temple bells) an even 108 times, an event known as joya no kane. This number represents the number of human desires, which according to the Buddhist faith lead to pain and suffering. Joya no kane is a ritual meant to drive away these negative emotions from the past year.

At the stroke of midnight, Polish people dine on pickled herring — a plentiful food in Scandinavia — believing it will bring a year of prosperity and bounty. Herring is often eaten with a midnight smorgasbord of smoked and pickled fish, pâté, and meatballs.

#8 Switzerland – Ice-Cream on the Floor

To ensure a year that will be filled with luck, peace, and wealth, the Swiss drop a scoop of ice cream on the floor. Children and adults alike take part in this ritual on New Year’s Eve, which is supposed to bring good fortune and great abundance in the coming year.

Number 7, 9 and 12 are the lucky numbers of the Estonians. There goes a belief that people should eat 7, 9 or even 12 times on the New Year day. This tradition is said to “ensure abundant food in the coming year.” A person who is able to eat seven meals that day is said to go into the new year with “the strength of seven men.” Part of each meal, however, is left unfinished for the spirits of ancestors who visit the house on New Year’s Eve.

Symbolizing birth and re-growth in the New Year, an onion is hung on the front door on New Year’s Day in Greece alongside a pomegranate (which is hung on Christmas). Later in the evening, a meal of roast lamb or pork is eaten, and an extra place is set at the table for Agios Vassilis, otherwise known as Santa Claus. In Ecuador, at the stroke of midnight, people around the country bring effigies of politicians, pop culture figures, and other icons of the year to torch in the streets. Setting these dummies on fire is their way of clearing away the negativity from the previous year, and setting up a clean slate for the year to come. Ecuadorians have burned the likenesses of everyone from Spongebob Squarepants to leading political figures.

The entire country gathers in front of television screens or in town squares, clutching a bowl of small green grapes and wearing red underwear. While the bells of Madrid’s Real Casa de Correos toll 12 times, Spaniards try to chew and swallow as many grapes as they can – up to 12 – before the end of the ringing. Anyone who is able to finish all 12 grapes will supposedly have good luck in the coming year. And as if that might not be unique enough, people in Spain are supposed to do this all while wearing red underwear and — stranger yet — the undergarment should be given to you by someone else. The big New Years Eve tradition in Denmark involves smashing of plates against your friends front door. According to the tradition it represents good luck – the more smashed plates you have at your door step the more popular you are and the more good luck you will have. It is also a tradition in Denmark to jump off of a chair at the stroke of midnight, this is to symbolize the leap into New Year.

In Columbia if you really want your New Year to be 12 months of travel and adventure then you’ll need to have your suitcase ready (and it can be empty) at midnight: simply take it on a leisurely stroll around the block and your year is guaranteed to be full of travel. To make your upcoming year extra special be sure to wear yellow underwear while doing this as it is believed to guarantee that the upcoming year will be full of love and happiness.

#1 Chili – Sleeping in the Graveyard This tradition is bit creepy. In the small town of Talca, Chile, locals celebrate the dawning of the New Year by sleeping in a graveyard, surrounded by their deceased loved ones. locals claim that spending the night with their deceased loved ones brings peace to their souls and ensures them a lucky new year. This tradition is on the newer side, as it has only been going on since 1995. However, it has grown enormously in popularity with over 5,000 people taking part each year.