“Here Without You” by rock band 3 Doors Down was released in August 2003 as the third single from the album Away from the Sun. The song grew in popularity following the start of the Iraq War, and became an anthem for deployed troops and their families and friends at home. 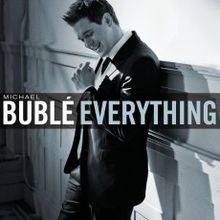 “Everything” is a song by Michael Bublé, and released on April 23, 2007, as the lead single from his third major-label studio album, Call Me Irresponsible. He explained: “I wrote the song about the great happiness of real love, but at the same time I was making a statement about the world. We’re living in really crazy times, and I wanted to say that no matter what’s happening, this person in my life is what really makes it worthwhile.”

“Such Great Heights” is a song by The Postal Service. It was released as the lead single from their debut studio album, Give Up, on January 21, 2003. This song accentuates how in the most “perfect” of relationships there are many imperfections that both parties must learn to accept and overlook.”Such Great Heights” ranked 27 on Rolling Stone’s 100 Best Songs of the Decade list.

“I’m Yours” is a single by Jason Mraz from his third studio album We Sing. We Dance. We Steal Things, released April, 2008.  Mraz explained that this song is “about finally giving into love and life’s possibilities”. It remains Mraz’s biggest US hit single to date.

“You’re Beautiful” is a song by British singer James Blunt from his debut album, Back to Bedlam (2004). It was released in 2005. Blunt said of the song, “It’s kind of miserable. It was about seeing my ex-girlfriend on the Underground in London with her new man, who I didn’t know existed. She and I caught eyes and lived a lifetime in that moment, but didn’t do anything about it and haven’t seen each other since.”

“The Reason” is a song by Hoobastank, from their album The Reason, released April 2005.  Doug Robb wrote Hoobastank’s crossover smash “The Reason,” but it’s hard for him to provide one for why the song is so popular. “If anybody knew why, then everybody would be [writing hit songs],” the band’s frontman said. “For one reason or another, it’s connected with people. People come up to me and say, ‘I feel like you’re sitting right next to me and you picked my brain.’ Or ‘It’s everything I’m going through.’ ” 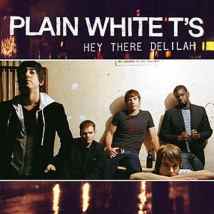 “Hey There Delilah” is a song by Plain White T’s. It was released in May 2006 as the third single from their third studio album All That We Needed. The song was written by frontman Tom Higgenson after meeting Delilah DiCrescenzo. It was the Plain White T’s first, and to date, only number one single.

Come to Me” is a song recorded by Goo Goo Dolls from their tenth studio album Magnetic. “Come to Me” premiered on US radio stations starting July 23, 2013. Johnny Rzeznik stated, “A song like “Come To Me,” obviously is inspired by the fact that I am getting married in July and the sentiment is very simple and something thing that everybody can relate to”.

“First Day of My Life” is a single from the album I’m Wide Awake, It’s Morning by Bright Eyes, released on March 21, 2005. The song is about a lover realizing that meeting their partner started their life anew, “First Day of My Life” captures the transformative power of relationships – not only romantic ones. The love song is now a wedding classic. 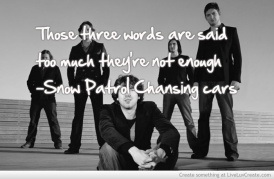 “Chasing Cars” is a song by Northern Irish-Scottish band Snow Patrol. It was released as the second single from their fourth studio album, Eyes Open (2006) This tender love song about getting by with just you and your beloved is a band composition with lyrics by lead singer Gary Lightbody, who called it “the most pure and open love song I’ve ever written.” In December 2006, it was voted the Best Song of All time by listeners to UK’s Virgin Radio. By 2015 this song was one of the top best-selling rock songs in the digital era.