There were so many shocking deaths in the entertainment world in 2016 that to put only 10 of these in a list might seems insensitive, however this is a top 10 list and my intention is to honor those who lost their lives. To put this list together I noted the 10 most culturally prominent celebrities and list them by date of death.

David Bowie was an English singer, songwriter and actor who broke pop and rock boundaries with his creative musicianship.  He died in New York City in his apartment after having liver cancer for the last 18 months. His death occurred 2 days after his 25th studio album, Blackstar. Bowie had kept his illness from the public, leaving fans shocked by his death.

Alan Rickman was an English actor and director. He was most noted for performances as the villain Hans Gruber in Die Hard and Severus Snape in Harry Potter film series. Rickman died of cancer at the age of 69.  His final film roles are as Lieutenant General Frank Benson in the thriller Eye in the Sky, and the voice of Absolem, the caterpillar in Alice Through the Looking Glass.

Prince was an American singer-songwriter, multi-instrumentalist, and record producer. Rolling Stone ranked Prince at number 27 on its list of 100 Greatest Artists, “the most influential artists of the rock & roll era” On April 21st the Sheriff’s Office received a 9-1-1 call requesting that an ambulance be sent to Paisley Park. Emergency responders found Prince unresponsive in an elevator and performed CPR, but a paramedic said he had been dead for about six hours. A press release from the Midwest Medical Examiner’s Office stated that Prince had died of an accidental overdose of fentanyl.

Heavyweight champion Muhammad Ali’s  fast fists, irrepressible personality and determined spirit transcended sports and captivated the world. Ali is regarded as one of the leading heavyweight boxers of the 20th century. He remains the only three-time lineal heavyweight champion, having won the title in 1964, 1974 and 1978. Ali was hospitalized in Scottsdale on June 2, 2016, with a respiratory illness. Though his condition was initially described as “fair”, it worsened and he died the following day, at the age of 74, from septic shock. 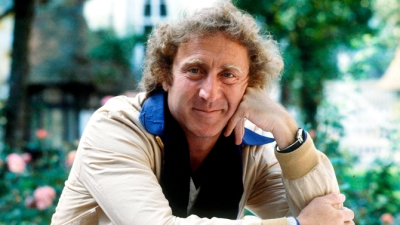 Gene Wilder, was an American film and theater comic actor, screenwriter, film director, and author.  Wilder is known for his portrayal of Willy Wonka in Willy Wonka & the Chocolate Factory (1971) and for his four films with Richard Pryor: Silver Streak (1976), Stir Crazy (1980), See No Evil, Hear No Evil (1989), and Another You (1991). Wilder directed and wrote several of his own films, including The Woman in Red (1984). Wilder died at the age of 83 on August 29, 2016, at home in Stamford, Connecticut, from complications of Alzheimer’s disease. He had kept knowledge of his condition private, but had been diagnosed three years prior to his death.

Arnold Palmer was an American professional golfer who is generally regarded as one of the greatest players in the sport’s history. In a career that spanned more than six decades, he won 62 PGA Tour titles, fifth on the Tour’s all-time victory list. Palmer died on September 25, 2016 at the University of Pittsburgh Medical Center while awaiting heart surgery.  He was admitted three days prior to undergo testing on his heart.

Fidel Castro was a Cuban revolutionary and politician who governed the Republic of Cuba as Prime Minister from 1959 to 1976 and then as President from 1976 to 2008. Adopting a Marxist-Leninist model of development, Castro converted Cuba into a one-party, socialist state under Communist Party rule, the first in the Western Hemisphere. Cuban state television announced that Castro had died on the night of November 25, 2016. The cause of death was not disclosed.

John Glenn was an American aviator, engineer, astronaut, and United States Senator. He was selected in 1959 by NASA as the United States’ first astronauts and the first American to orbit the Earth, he was the fifth person in space. Glenn resigned from NASA in 1964. He won election to the Senate in 1974 and served for 24 years. In 1998, still a sitting senator, Glenn was the oldest person to fly in space as a crew member of the Discovery space shuttle and the only person to fly in both the Mercury and Space Shuttle programs. Glenn died on Dec. 8, 2016, at the OSU Wexner Medical Center; no cause of death was disclosed.

George Michael, was an English singer, songwriter, and record producer who rose to fame in the 80’s as a member of the music duo Wham! Michael sold more than 100 million records worldwide. His debut solo album, Faith, sold more than 20 million copies worldwide. Michael died in his bed at his home in Oxfordshire, aged 53. He was found dead by his partner Fadi Fawaz on Christmas morning. No cause of death was immediately determined.