Every country has its own set of dangers, unfortunately some countries have dangers more deadly than others making them more dangerous. Usually it is in the larger cities in each country that are the most dangerous. Ranking these dangerous cities is to take into account the violent crimes rates, death tolls, political turmoil and economic potential – or lack thereof as for most of these cities poverty leads to crime. 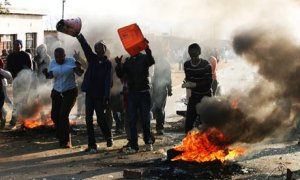 Cape Town is the second most populous city in South Africa and known as one of the most beautiful cities in the world and a very popular tourist destination. Prone to muggings and violent crime it is an extremely dangerous city at night. The high level of crime is attributed to the disparity between the socioeconomic classes. The crime rate in this city is getting worse, with higher rates now than has ever been seen before. Although a lot of the violent crime is a target of the poorer areas of the city, crimes such as robbery, muggings, car jackings and often these lead to murder are targets of the middle to upper class. The advise for tourists is to know your areas and to stay in the tourist areas with other people. Advise to those who live here is to always be on alert with security systems and high walls protecting their homes.

Ciudad Juarez is located on the Rio Grande, south of El Paso, Texas. The city is commonly referred to by locals simply as Juarez.  It is one of the fastest growing cities in the world despite being know as one of the most violent. In 2010 Juarez had the highest murder rate in the world but since then it has seen a significant and steady decline in violent crime. The multiple factors that led to this violence were drug violence, government corruption and poverty. Juarez Police Department has been dismissing officers in the hopes of clearing up corruption. Although the city is clearly making an effort to get a grip on the crime rate it is still an extremely dangerous place.

Baghdad is the capital and the largest city of The Republic of Iraq. The city has often faced severe infrastructural damage, most recently due to the 2003 invasion of Iraq, and the subsequent Iraq War. Though the nation continues to work toward rebuilding and reconciliation, Baghdad continues to be listed as one of the least hospitable places in the world to live. Every day a number of bomb blasts are taking the lives of innocent people, hundreds of people are killed in one suicide blast. These sudden blasts minimized the survival conditions. Most expats and business travellers to Iraq hire a security detail which constantly monitors the security situation within Iraq and around Baghdad. Many Iraqis are armed. Markets and popular gathering places are frequent targets of bombers.  Foreigners  are more likely to be targeted for kidnapping.

Abidjan is the largest city in Ivory Coast and the 3rd largest French-speaking city in the world. In 2004 all prisoners of Abidjan were released from prison insecurity has increased significantly: increase in crimes and misdemeanors, increased drug seizures. Although the recent arrest of former president Laurent Gbagbo has helped to reduce the violence of this city, there are still a lot of challenges ahead in making this city anywhere near safe. While UN Peace Keepers are present they have been unable to control the regular flaring up of ethnic as well as rebel violence, and have failed to maintain peace in the supposedly neutral “confidence zone”. Abidjan is a place posted in most airports to be avoided for safety and security reasons. 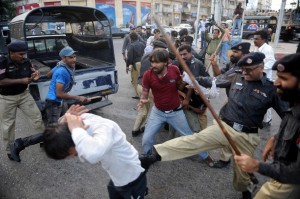 Karachi is the largest and most populous city in Pakistan.  It is also the main seaport as well as financial center of Pakistan. Karachi is the 3rd largest city in the world by population within city limits. From 2000 to 2010 the city’s population grew more than 80%. The floods of migrants have brought Karachi some less savoury additions.  Taliban militants have also gained a foothold in the city, where they run criminal and smuggling rackets, rob banks and administer a cruel and terrifying justice. People of Karachi live under constant threat and daily face the problems of car jacking, robberies, mobile snatching and bomb blasts.

Kinshasa is the capital and largest city of the Democratic Republic of the Congo. Kinshasa is the 3rd largest urban area in Africa. Since the Second Congo War, the city has been striving to recover from disorder, with many gangs hailing from Kinshasa’s slums. Muggings, robberies, rape, kidnapping and gang violence are relatively common. The poor economic climate continues to foster crime here. To make things worse, however, it’s surrounded by constant civil unrest due to warring rebel factions as well as a relentless fight to control the nations diamond mines.

Aleppo is the largest city in Syria. Aleppo is one of the oldest continuously inhabited cities in the world. Aleppo and its surrounding areas are a key battleground in Syria’s hard fought civil war. The killings are too numerous to count. Rebels control almost half of the city. Mortars boom and heavy machine guns crackle during heavy clashes and all this just blocks away from streets full of people and stores well stocked. People of this city have to deal with the danger of chemical weapons, cluster bombs, missile attacks, suicide bombings and barrel bombs. Mostly any one of these attacks kills not just one person but many at a time. 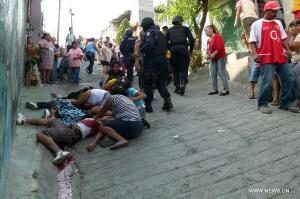 Torreon is the ninth biggest metropolitan area in Mexico and an important economic and industrial center. In the struggle with Mexico’s most notorious drug cartel the city of Torreon has suffered a 16- fold increase murders, fired its police department and lost control of its main prison to gangs. Massacres at drug rehab clinics, bags of severed heads and gunfights at the soccer stadium have charted the decline of a city that a decade ago stood at the forefront of Mexico’s industrial advances.

Caracas is the Capital and largest city of Venezuela. Caracas has one of the highest per capita murder rates in the world and most of these and other violent crimes go unsolved. Car jackings, robberies and kidnappings are prevalent in this city. The poorer neighborhoods covering the hills are extremely dangerous, especially at night. Venezuela is especially dangerous to foreign travellers and other governments warn travellers of the dangers of this country. 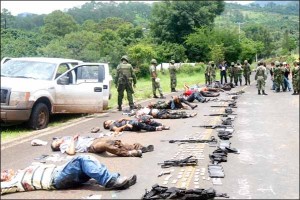 San Pedro Sula is the second largest city in Honduras. San Pedro Sula has the highest murder rate in the world. The city is a major operational and strategic distribution point in the illegal drug trade, this has lead to a surge in homicides. Laws allow civilians to own up to five personal guns. Arms trafficking has flooded the country with nearly 70 percent illegal firearms. The small number of police patrolling the streets breed more fear than security among residents, given the extreme levels of corruption within the national force that reportedly go all the way to the top.