Birds are some of the most incredible, diverse, and intelligent animals.  There are estimated to be over 10,000 species of birds, but a few stand out as being unique.  Here are 10 of the most amazing birds, although there are so many, it was hard to choose just 10.

The turaco family are a group of 23 bird species found in sub-Saharan Africa.  These birds have two pigments not found in any other animal, both of which are copper-based.  One of the most beautiful in the family is the fischer’s turaco, with its stunning green and red colors.  This species has the only green pigment synthesized by any bird species, as other green birds use light refraction to give off a green color.  Young turacos take up to a year to gain their adult colors, because they need to acquire enough copper in their diets to gain the stunning colors. 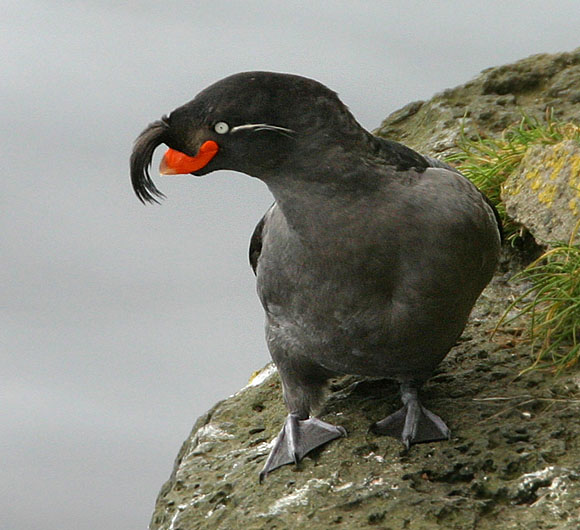 Besides being incredibly weird looking are also unique in the fact that they are the smelliest bird in the world.  Found in large colonies on islands on the Bering Sea, crested auklets can be smelled from up to 6 miles away.  There smell has been described as tangerine-like smell that, while not pleasant, isn’t all that foul-smelling.  Scientists are unsure as to why auklets have the smell, although it is speculated the birds use the smell to return to the colonies in which they were born.

The perfectly-named shoebill feeds almost exclusively on lungfish in central Africa.  Since the lungfish are slippery and hard to catch, the shoebill’s uniquely shaped bill helps to catch its prey.  This bird is also famed for its patience.  Like herons, it will stand dead still waiting for prey.  But while most herons give up after a few minutes and move to another spot, the shoebill can stand dead still for hours, waiting for the perfect moment to strike.  Its strike is an ungraceful “collapse” and it sticks its open bill out and falls towards its prey.

Black herons of sub-Saharan Africa use an ingenious technique known as “canopy feeding”.  The bird wraps its wings around its head, forming an umbrella.  The heron than paddles its fish, stirring up fish and drawing them to the shade formed by its dome.  Compared to other heron species, the black heron is extremely fidgeting, constantly folding and unfolding its wings as it moves along the water.  Since black herons are found in hot countries, their hunting technique also helps keep them shaded and cool.

Cassowaries, found in New Guinea and Australia, are the third-largest birds in the world (after ostriches and emus) and are thought of as the most dangerous.  Although they are normally peaceful, when provoked, their 5 inches long claws can easily disembowel someone.  In 1926, a group of teenagers where hunting cassowaries in Australia when one boy fell.  The cassowary they were chasing turned and used its claws to slice open the boys jugular vain, killing him.  Since 1990, there have been 6 attacks on humans, with one being deadly.

The palm cockatoo of Australia and New Guinea is the only bird species to use a musical instrument.  With its wild hairstyle, the bird certainly looks the part of a rocker.  In order to attract females, males will break off a stick, trim off the leaves and bark, and drum it against a tree near a nest it has made.  Once the drumming has captured a female’s attention, the male will break the stick into splinters, and use these to line the nest.  If the female approves of the nest, the happy new couple will fly off to have a snack.

There are many bird species that are excellent in mimicry, but the superb lyrebird of southeastern Australia puts all other species to shame with its variety.  An analysis of the bird’s song determined that 70% of it was pure mimicry.  Other than imitating over 20 other species of birds, lyrebirds have been heard to imitate tree limbs, ambulance sirens, young children crying, foxes, a smoker’s cough, a violin, the click of a camera, and numerous other sounds. 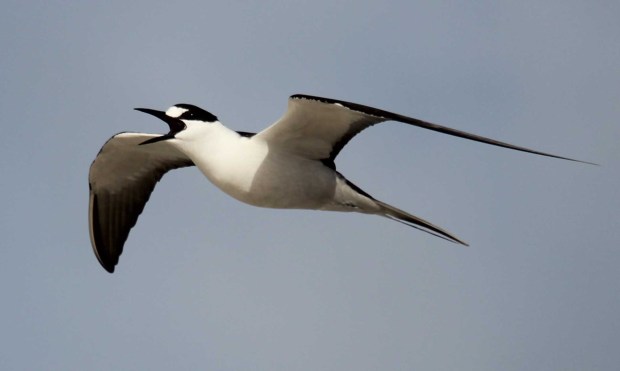 The sooty tern, found near tropical oceans worldwide, may look like an average seabird, but there lifestyle is incredible.  Young sooty terns do not touch the ground from the moment they first leave their breeding grounds to the time they return – four or five years!  Flying hundreds of miles from land, sooty terns will swoop down to catch small fish and squid before flying higher, staying in the air the entire time.  Scientists are still unsure how these birds are able to stay in the air for such a ridiculous amount of time. 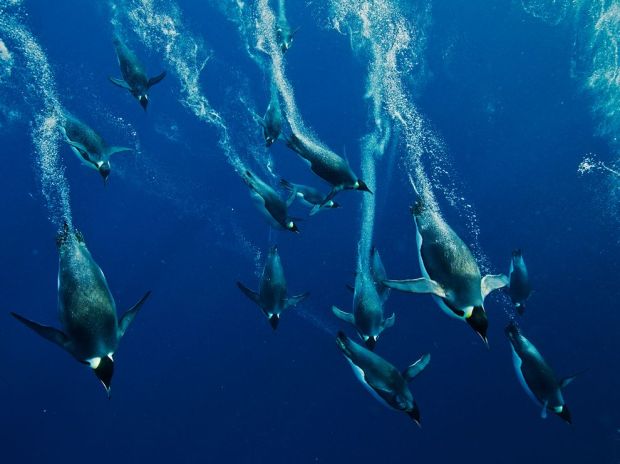 Emperor penguins are famous for their ability to dive, but many people don’t realize just how impress their ability is.  The deepest unaided dive by a human is 284 feet.  Emperor penguins regularly dive to over 600 feet, and have been recorded at a staggering 1,740 feet down.  Because they dive so deep, it is unknown how they are able to handle to freezing waters of Antarctica, particularly at that depth, and catch prey in the pitch darkness.  With three separate layers of dense feathering, powerful flippers, and a streamlined body, emperor penguins are perfectly designed for swimming and diving.

Most likely the smartest of all birds, the kea is a parrot native to New Zealand.  These super intelligent birds live in a harsh environment that has trained them to figure out complex puzzles in order to obtain food.  They have been tested with 7-stage puzzles requiring them to pull levers, twist handles and pull out wooden carts, and passed with flying colors.  Another specialty of keas is sliding.  The birds will often been seen sliding down windshields, roofs, and slopes, seemingly for fun.