In the last list in our Christmas set, we’ll wish you “Merry Christmas” in 10 different ways from 10 languages.  The 10 ways are ranked by how popular the language is, but also how catchy the phrase sounds.

Afrikaans is one of the official languages of South Africa, where it is primarily located.  However, it is also a recognized minority language in neighboring Namibia, and is spoken to a lesser extent to in Botswana and Zimbabwe.

Christmas may not exactly be widely celebrated in the Arab world, but they still have a short and catchy phrase.

The Italian language is spoken throughout the world, although it is an official language in four countries – Italy, Switzerland, Vatican City, and San Marino.  However, it is recognized from Croatia to Brazil to Ethiopia.  Nativity scenes are important in Italian Christmas celebrations, as the manger scene originated in Italy.

Portuguese is the most spoken language in the Southern hemisphere, as it is the official language of Brazil and five African countries, including Angola.  Many Portuguese families attend the midnight Christmas Eve Mass, and then have a Christmas feat (“consonada”) afterwards, followed by the opening the gifts.

French is an official language in 29 countries, ranging from Europe to Africa to North America and even to Oceania.  About 7% of the world’s population speak French.  In France, small gifts are brought by Santa (Père Noël) on St. Nicholas’ Eve (December 6th) and then the bigger gifts are brought on Christmas Eve. 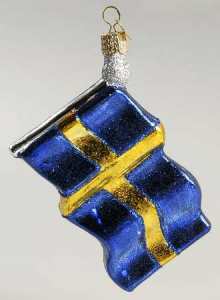 Swedish is the most spoken of the Scandinavian languages, and it is an official language of Sweden and Finland.  “God Jul” is the shortest Christmas greeting I have seen, which is probably a good thing for such a common phrase.  The traditional Swedish Christmas meal is a smorgasbord  and Tomten (Santa Claus) arrives on Christmas afternoon, with gifts bearing a riddle about what it inside. 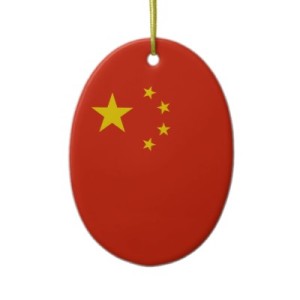 This Christmas greeting may not roll off the tongue, but it is one of the most spoken Christmas greetings in the world, since it is in Mandarin Chinese.  Nearly a billion people speak Mandarin worldwide, with the large majority concentrated in northern and southwestern China.  Christmas is not widely celebrated in China, however since only about 3% of the country is Christian.  Chinese New Year is by the far the more popular holiday.

Spanish is the second most-spoken language by number of speakers, after Mandarin.  It is the official language of 21 countries, and is recognized by many more.  “Feliz Navidad” is famous due to the popular Christmas song of the same name, released by Puerto Rican singer Jose Feliciano in 1970.  Due to Spain being extremely Roman Catholic, the holiday is a very religious event in the country, as opposed to being festive.  The nativity scene is the focal point in a house, similar to how a Christmas tree is other areas of the world.

Sadly, Hawaiian is a dying language, with only about 20,000 speakers (0.1% of the Hawaiian population).  Luckily, “Mele Kalikimaka” was immortalized forever by the 1949 song, of which Bing Crosby’s version is the most famous.  Hawaiians take advantage of the beautiful weather to celebrate Christmas with a luau.  Santa is said to arrive in a red canoe, with his elves paddling.

English is the official language of 54 countries, almost double any other country.  It is the most widely used language in the world, and is used by many international organizations. “Merry Christmas” is much more common than “Happy Christmas”, although the latter is sometimes heard.  Beginning about two weeks before Christmas, “Merry Christmas” in the common greeting and farewell in the United Kingdom, Ireland, and America.