The exact number of independent countries in the world is debatable.  The United Nations recognizes 193 countries, but that number could be raised to as many as 198 countries, depending on your definition of any independent country.  For this list, the definition of a country is being widely recognized by a majority of UN members, even if it is not a member of the UN itself (as is the case with #1).  Next to each country is its size, in square miles.

An archipelago located 50 miles south of the Italian island of Sicily, Malta has a population of just over 350,000.  It is actually one of the most densely populated countries in the world, because of its small land area.  Malta is an important part of the Christian faith, as according to the Bible, Paul the Apostle was shipwrecked on one of the islands, and ministered there.  98% of the population is Roman Catholic, and the famous Maltese cross, an important Christian symbol, originated from the tiny European country.  It is ranked as the most generous country in the world, with 83% contributing to charity.

Maldives is an island country located in the Indian coast, about 250 miles southwest of India.  It is made up of a double chain of 1,192 tiny islands, although only about 200 are inhabited.  The capital city of Malé is much larger than any other city, as about a third of the country’s population of 328,536 live in the city.  The country is 100% Islamic, as practicing any other religion is against the law, and only Muslims may become citizens.  Despite this, Maldives has a booming tourism industry, because of its natural beauty.  Tourists and the locals are separated by islands, and the government does not allow any mixing. 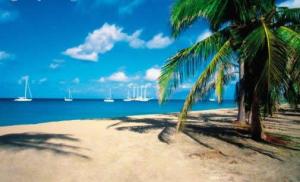 The title of the smallest country in all of the Americas belongs to tiny Saint Kitts and Nevis.  The country is made up of two states – Saint Kitts and the smaller Nevis.  The islands were the first to be colonized by Europeans in the Caribbean, and therefore the country is known as “The Mother Colony of the West Indies.”  Both islands are of volcanic origin, and the shallow channel separating the two is known as “The Narrows.”  Cricket is extremely popular in Saint Kitts and Nevis, and the country has given many players to the West Indies cricket team, which is among the best in the world. 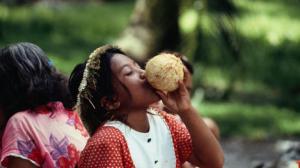 34 low-lying coral atolls make up the Marshall Islands, a country located in the Pacific Ocean.  The islands were conquered by the United States in World War II, and today the country is in free association with the US.  The Marshall Islands has few natural resources; so much of its GDP comes from aid from the US.  It also uses the US dollar as its currency.  A large area of 772,000 square miles was designated by the government as a shark sanctuary, making it the largest in the world.  However, the Marshall Islands government has little power, and its ability to regulate this sanctuary has been questioned.

Liechtenstein, bordered by Switzerland and Austria, may be a tiny country, but it is unique in many ways.  For starters, the country has the highest GDP per person in the world (its population is a mere 35,000), and it also has the lowest external debt of any country.  The capital city of Vaduz is a notable financial district, and the country is identified as a tax haven.  It is a popular winter sports destination, since most of its terrain is mountainous.  In fact, Liechtensteiners have won 9 medals in the Winter Olympics, meaning the country has won more medals per capita than any nation in the world.  However, it has never won a Summer Olympic medal.

With a population of just over 30,000, San Marino is also among the smallest countries by population.  It is the oldest surviving country in the world, as it was founded in the year 301.  Its constitution, written in 1600, is also the oldest in the world.  San Marino is completely surrounded by Italy, and is closely linked with its neighbor, as Italy is responsible for defending the tiny country.  Soccer is the most popular sport in San Marino, although the team has lost every single match in its history, except for four draws and one single win – a 1-0 victory over fellow tiny country Liechtenstein. 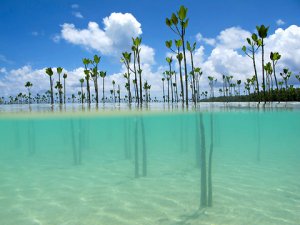 Tuvalu is found in the Pacific Ocean, halfway between Hawaii and Australia.  It was first inhabited by Polynesians in the 1700s and 1800s.  In the late 19th century, it became a protectorate of Britain, but was granted independence in 1978.  A mere 10,544 people live on the island, making Tuvalu more populous than only two other nations.  Its economy is relatively strong for a country of its size, although its tourism is low, due to its remoteness.  Only about 1,000 people visit Tuvalu annually.  97% of the citizens are members of the Church of Tuvalu, a local form of Christianity. 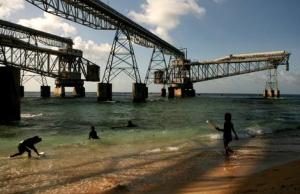 Nauru became an independent nation in 1968, after its UN trusteeship ended, following the end of Japan’s annexation of the island during World War II.  It is a phosphate rock island, with many of the deposits near the surface.  This allowed for the extraction of the phosphate.  In the 1960s, Nauru had the highest income of any country per capita.  However, these deposits have been exhausted, leaving the country poor.  It has had to accept aid from the Australian government recently.  Despite only about 9,000 people living on the island, it has its own language, the smallest country to do so, with Nauruan being the official language.

The most densely populated country in the world, Monaco has a population of over 35,000.  In the late 19th century, a railroad line to France was built, and the massive casino the Monte Carlo was built.  Over the years, Monaco has become a playground for the wealthy.  In fact, it has more billionaires per capita than any other country.  It is well known for being a tax haven, has the world’s lowest poverty, and the world’s most expensive real estate market.  The Monaco Grand Prix has taken place in the country since 1955, and is one of the premier automobile races in the world.  Monaco also has a soccer club, AS Monaco FC, which plays in France, and is one of the most successful clubs in that country’s history. 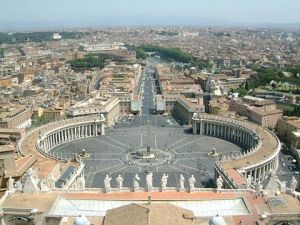 The territory of the Vatican City consists of only a walled enclave in the city of Rome, Italy.  800 people live in this tiny area, which is only 110 acres (44 hectares).  Vatican City is ruled by the Pope, and to be a citizen of the country, you have to serve the pope.  There are four categories of citizens, as outlined by Vatican City law – 1) the Pope, 2) cardinals, 3) members of the Vatican City’s diplomatic corps, and 4) directors of Vatican offices and services.  Despite being widely recognized as an independent country, Vatican City is not a member of the UN.

← Top 10 Cover Songs, Better Than the Original
Top 10 Rugby Players Of All Time →