Here’s a fun, and interesting, list to celebrate President’s Day.

Andrew Johnson was vice president under Lincoln before becoming president in 1865 when Lincoln was assassinated.  He was the only president to be impeached by the house, but was acquitted by the senate by a one-vote margin.  He was buried beneath a willow tree he had planted with a shoot taken from a tree at Napoleon’s tomb.

When William Howard Taft became president in 1909, he was the heaviest president in American history at 335 pounds.  In fact, the first time he took a bath in the White House, he got stuck.  It took aides 15 minutes to free him, and a larger bathtub was promptly ordered.  His weight caused a sleeping disorder that he struggled with throughout his presidency.  After he left the office, he lost 80 pounds within a year, which solved his disorder.  The weight loss also likely increased his life by several years.  He also rediscovered his love of the outdoors, and explored Alaska. 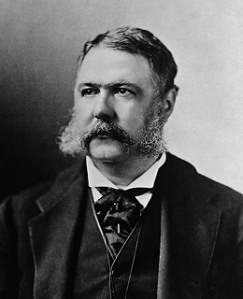 The 21st president, Arthur was inaugurated in 1881, and was one of the most private presidents ever.  He believed that his private life was no one’s business, despite his being president.  Two days before he died in 1886, after he had lost a reelection bid, he ordered all of his personal records to be destroyed.  While president, Arthur was known to have lavish parties and was often seen at nightclubs.  He also frequently took late night strolls, and was rarely in bed before 3 AM.  The biggest scandal surrounding Arthur was a rumor that he had actually been born in Canada, making him ineligible to serve as president.  It was never confirmed nor denied. 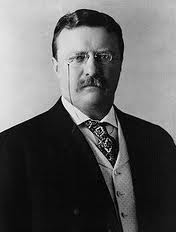 Theodore Roosevelt was vice president under McKinley before becoming president in 1901.  He was awarded the Nobel Peace Prize in 1906 for arbitrating the end of the Russo-Japanese war.  He suffered from asthma as a child and could not attend school.  At 42 he was the youngest president.  The teddy bear is named for him.  He lost his sight while boxing in the White House.  He had a photographic memory and could read a page in the time most people took to read a sentence. 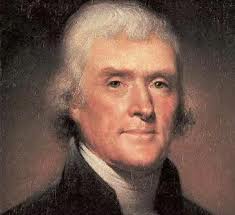 Thomas Jefferson was vice president under John Adams and became president in 1801.  He was one of the founding fathers of the United States.  Not only did he write the Declaration of Independence but he was an avid inventor.  Some of the items he invented include the hideaway bed, the coat hanger and the swivel chair.  He was the first president to shake hands with guests, previously people bowed to the president.

When James K. Polk’s term as the 11th president came to an end in 1849, his successor, Zachary Taylor, refused to be inaugurated on that, since it was a Sunday, and this would go against his religious views.  For 24 hours, the President pro tempore, then only behind the president and vice-president in authority, David Rice Atchison, became president.  Although he had no control legally, and is never officially listed as president, he was technically in charge during that time.

Three times, the vice president has assumed power for a few hours.  Ronald Reagan had to undergo surgery on July 13th, 1985 for cancerous polyps near his colon.  He wrote a letter to both the Speaker of the House and the President pro tempore, announcing his incapacity.  Therefore, George H.W. Bush acted as president from 11:28 AM to 7:22 PM, when Reagan sent another letter, announcing he was once again capable of serving as president.  The same situation occurred twice when George W. Bush underwent colonoscopy in 2002 and 2007.  In both occurrences, Vice-President Dick Cheney acted as president for several hours.

The shortest official tenure in presidential history belongs to William Henry Harrison, who was only in office for 32 days, before he died of pneumonia.  He had originally grown sick while delivering the longest inaugural address in American history, which took him almost 2 hours to read on a cold, rainy day. 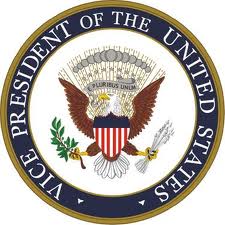 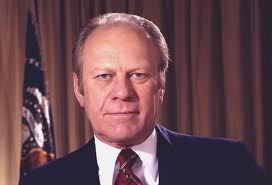 Gerald Rudolph Ford was the only president not elected by the people.  He became vice president when Agnew resigned and president when Nixon resigned.  He was defeated by Jimmy Carter in his bid for a full term.  Ford was a model for Cosmopolitan and Look magazines in the 1940’s.

In 1806, 13 years before he would become president, Andrew Jackson challenged Charles Dickinson, a lawyer, to a duel after the man had made disparaging remarks about his wife.  Dickinson fired first, and hit Jackson in the chest, narrowly missing his heart.  It was custom for the man to then fire in the sky and spare his opponent after being hit.  But Jackson grew enraged, and instead shot Dickinson dead, before walking off, dripping blood.  Doctors were unable to remove the bullet, due to its close proximity to his heart, and he carried it to his grave.

Although never president Aaron Burr is likely one of the vilest men in American political history.  The 1800 race between him and Thomas Jefferson ended in an electoral tie.  It was then up to the House of Representatives to elect the president.  After several days worth of deadlock, former Secretary of the Treasury Alexander Hamilton cast the deciding vote for Jefferson.  An enraged Burr, who as the runner-up would automatically become vice-president, challenged Hamilton to a duel, and then shot him.  Charges were dropped, since Hamilton later died in New York, but the actual duel took place in New Jersey.  Burr would then conspire with Britain to steal back American land, but he was charged, and found guilty of, treason. 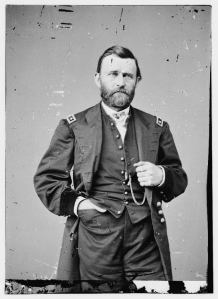 One of the most misunderstood presidents, Ulysses S. Grant, who came into office in 1869, is generally known as a war hero, but a poor president.  At first, however, Grant hated the war.  When he served Mexican-American War, he missed his wife and children so much that he became depressed and an alcoholic before quitting the Army.  He then tried to become successful in real estate and business, but failed miserably at both.  His life was going nowhere when the Civil War broke out, so he was quick to rejoin the Army.

To cut a long story short, he quickly became known as a brilliant tactician, and impressed President Abraham Lincoln so much that he was promoted to the top general of the Union forces.  After the war ended, he was elected as president twice.  He had a scandal-riddled tenure, although none of the scandals involved him personally, and he successfully kept peace between the north and the south.  After his presidency, he wrote The Personal Memoirs of Ulysses S. Grant, which was, at its time, the biggest selling book of all time in the United States, excluding the Bible.